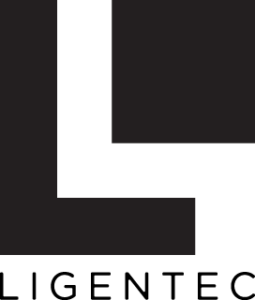 LIGENTEC is a Swiss based manufacturing partner, offering low loss SiN Photonic Integrated Circuits (PICs) for industries such as Quantum technologies, LiDAR, Communications, Space and Sensors. Due to its high confinement, the thick nitride waveguides and resonators have low bending losses and excel even in high power applications from the visible to the mid-IR. The main application areas for this advanced silicon photonics low loss technology include coherent telecommunication, LiDAR, metrology, supercontinuum generation, spectroscopy, sensing and microwave photonics. LIGENTEC’s All Nitride Core Technology platform is fully CMOS compatible, thus allowing us to offer ramping up to high volumes benefiting from the scale of the semiconductor industry. www.ligentec.com

The team at LIGENTEC has the knowledge and facilities for thick film silicon nitride fabrication. In TeraSlice, LIGENTEC will contribute primarily to the microresonator fabrication, with the ultimate goal of providing photonic chips to the project partners for frequency comb generation with fabricated microresonators.

Dr. Michael Geiselmann studied Physics and Engineering Sciences at the University of Stuttgart and the prestigious Ecole Centrale Paris in the T.I.M.E. (Top Industrial Manager for Europe) program. In his one-year diploma thesis at University of Stuttgart in collaboration with the Max Planck Institute for Solid State Research, he was trained on working in the clean room to fabricate nanostructures and studying their time dynamics with a femtosecond pump-probe setup. After a short stay as a scientific employee in Stuttgart he joined the Institute of Photonic Sciences (ICFO) in Barcelona to pursue his PhD. Apart from the scientific success during the PhD, he chose to participate in a workshop organised by the Business School ESADE. In the workshop, “From Science to Business”, he attended lectures and case studies on how to start a company stemming from a scientific idea. This included finance, marketing, strategy and intellectual properties lectures, from which he benefits in building a start-up. In April 2014, he obtained his PhD from the Polytechnic University of Catalunya (UPC) with highest distinctions and honours. In July 2014, he became a scientist in the group of Prof. Tobias Kippenberg where he contributed to obtaining a coherent broadband optical frequency comb with gigahertz linespacing. He was eager to push this development further to bring the silicon nitride platform to the market; and thereby became a director and co-founder of LIGENTEC in 2016.

This project is supported by the European Union’s Horizon 2020 research and innovation programme under grant agreement No. 863322 (TeraSlice)

We use cookies on our website to give you the most relevant experience by remembering your preferences and repeat visits. By clicking “Accept All”, you consent to the use of ALL the cookies. However, you may visit "Cookie Settings" to provide a controlled consent.
Cookie SettingsAccept All
Manage consent

This website uses cookies to improve your experience while you navigate through the website. Out of these, the cookies that are categorized as necessary are stored on your browser as they are essential for the working of basic functionalities of the website. We also use third-party cookies that help us analyze and understand how you use this website. These cookies will be stored in your browser only with your consent. You also have the option to opt-out of these cookies. But opting out of some of these cookies may affect your browsing experience.
Necessary Always Enabled
Necessary cookies are absolutely essential for the website to function properly. These cookies ensure basic functionalities and security features of the website, anonymously.
Functional
Functional cookies help to perform certain functionalities like sharing the content of the website on social media platforms, collect feedbacks, and other third-party features.
Performance
Performance cookies are used to understand and analyze the key performance indexes of the website which helps in delivering a better user experience for the visitors.
Analytics
Analytical cookies are used to understand how visitors interact with the website. These cookies help provide information on metrics the number of visitors, bounce rate, traffic source, etc.
Advertisement
Advertisement cookies are used to provide visitors with relevant ads and marketing campaigns. These cookies track visitors across websites and collect information to provide customized ads.
Others
Other uncategorized cookies are those that are being analyzed and have not been classified into a category as yet.
SAVE & ACCEPT
Powered by